I have an Clarion NetTalk app as web server which normally is run as windows service. A customer reported the the web server hangs from time to time. I told him to run the WebServer as program to see if there are error messages on the server.
He found the following message: 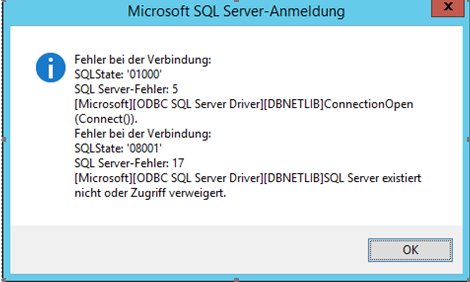 Is it possible to suppress the message if access to the SQL Server is not possible?

Can there be a loop of retries or is there already one?

Thanks for every idea?

While your app is running as a service, you can replace MESSAGE procedure by your own one which doesn’t throw a message box. See Prop:MessageHook in the docs.

Have you tried SQL_DRIVER_NOPROMPT as a ConnectOption in your connect string?