Is it possible to make an MDI Child Window look like a non MDI child window running under Windows 10?

From a quick look around I am guessing the answer is going to be no. It seems that this is not a new issue to Windows 10 however. OS effects on MDI child windows has been an issue since “Aero” first came around.

Why aren't my MDI child forms showing a shadow?

There is a thread over here that has additional detail and even a post from a fellow Clarion type:

Thanks for the reply and suggestions.

I will investigate these further. 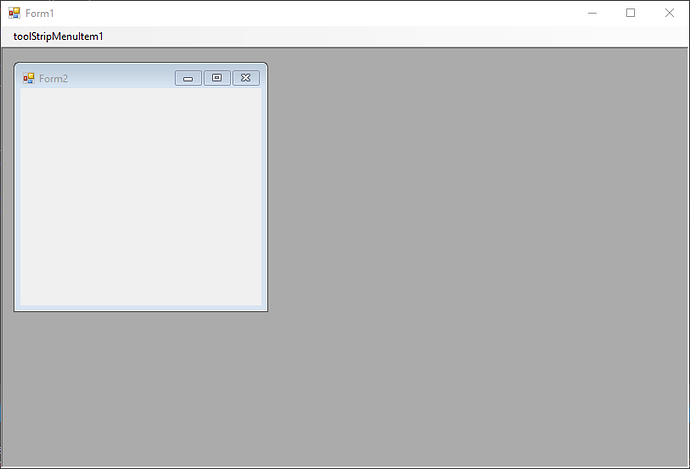 Have you seen the “Clarion Metro Caption Template” - that does this?

I’ve taken a look at the “Clarion Metro Caption Template” as suggested and it looks very promising, although, still in beta.

I think I’ll continue my project as is and drop the “Clarion Metro Caption Template” in when ready to ship. Hopefully the metro caption template will be ready to ship by this stage.

Thanks again for all the suggestions.

Based on the feedback I’ve received (or lack of it ) it won’t be progressing much further, unless I find things I want to tinker with. So don’t hold your breath waiting for the next release!

OTOH, if you could implement it in your app, and provide some feedback on any issues you happen to find, I’d be happy to have a look at them.

Based on the feedback I’ve received (or lack of it )

The silence can be quite deafening sometimes, I think maybe Clarion folk are a shy bunch… except for the loud ones

Take heart though, your topic has been seen over 400 times!

Hi i am interest on the template can you share it best regars Victor M.

I added another like, perhaps others will be similarly motivated any moment now!!

Personally, I appreciate your contribution and look forward to more.

Fair point though I think @PurpleEdge2214 if you were doing something open source or destined to remain free then there is less reason not to dive in but if you are looking for beta testers for your future paid product then the there is less incentive for others until you decide it is ready (maybe?). Just thinking aloud

Well, it’s a Clarion template, so there is nothing to stop anyone from using it within their Clarion apps. I’m hardly likely to chase down developers whose apps have windows with a similar appearance.

My copyright statement is only to forewarn against wholesale pilfering of the code, not to prevent using the template.

It’s possible that sooner or later a commercial template will pop up, from me, or someone else using similar techniques ()

In the meantime, would users feel more comfortable paying a nominal fee for official rights to use it in their Clarion app?

There have been some interesting points made not directly related to my original question, however, possibly worth delving into further i.e. How to sell and market your app?

As touched on by PurpleEdge, you have a useful template but from your last comment it’s difficult to know if it will evolve any further, become “freeware” or become a commercial product, and if so how much will it cost.

I think it was Bruce Johnson from Capesoft who suggested a possible solution in a ClarionLive webinar. Advertise your app/template with a list of features and a price. You then ask who would commit to buying the completed the app/template if you decide to proceed with development. This way you can get some indication of how successful your app will be.

I prefer the ‘Other’ solution to have MDI’s always maximized, hiding the classic caption. But i have to admit that i do not like that for forms. IMHO MDI should be faked with non MDI type windows by controlling the sizing to behave like MDI windows would.